SYNOPSYS
In 17th century’s exotic İstanbul, a young scientist Ahmet has two desires; to find his childhood love, Hanzade, and to fly across İstanbul Bosphorus with artifical wings. He gets help from Franceska, the daughter of Merchant of Venice, in order to reach Hanzade and dechiper Leonardo Da Vinci’s encoded reports on human flights. However, Ottoman’s rules prohibit him to make anatomic researches on human body and scientific studies on aviation since God granted mankind no wings after all. In spite of the low chances, Ahmet has to fly to reach his ultimate goal and save the love of his life. 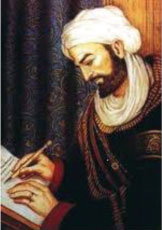 Ahmed is an Ottoman youth who dedicates his whole life to sciences. However, as every contemporaneous scientist of his epoch, he is highly interested with other fields and subjects. Mathematics, chemistry and physiology of birds are the leading ones. As his interest culminates in the idea that the men can fly by putting on wings, he eventually becomes obsessed with flying. He is a good looking, handsome as well as never relenting, passionate, sentimental, unflagging, considerate, dedicated and a respectful character. His serious character is complemented with the far-fetched, eccentric and innovative ideas originating from being a scientist.

Science has become the center of his life with the belief that the innovations brought about by science and know-how will improve the quality of human beings’ lives. However, the medieval dark minds afraid of science will punish him in the Orient as they did Galileo Galilei in the Occident.

Ahmed has two childhood passions; Science and Hanzade. However, his childhood love Hanzade gets torn apart from him when she gets exiled with her grandfather. A wounded messenger bird falling on to his worktable brings them back together after ten years. Hezarfen convinces Hanzade to meet him. Unfortunately, he mistakes Franceska for Hanzade at the meeting. Although he falls in love with Hanzade while sending letters back and forth, he is struck by Franceska that his eyes behold. Hezarfen gets stuck between the spiritual love and the visual one.

Realizing this paradox, Hanzade struggles to keep away from Hezarfen, but to no avail. Hezarfen is determined not to lose her again. Hanzade decides to marry with Moruk Pasha burying his love deep down in her heart. But, Hezarfen abducts her from the palace on the wedding night. Not forgetting this defeat, Moruk Pasha will chase them for revenge.

Hanzade Sultan is the granddaughter of a palace physician. Her parents die when she is a baby. Her grandfather educates and brings her up. Apart from her extraordinary beauty, Hanzade is sentimental, respectful, moderate, graceful as well as brave, stubborn and tough. She promises her next door neighbor Ahmed to be her loyal love just when they are kids. But, the outstanding Vezier of the palace wants to have her in his Harem. Although Hanzade saves herself from Moruk Pasha while getting exiled along with her grandfather, she becomes separated from her only love. She gets her leg broken while she tries to take one last look at Ahmed who jumps into water to catch the exile galleon. Her broken leg falls short during the healing. This lameness makes Hanzade hesitate to meet Ahmed after 10 years of exile and seperation. This hesitation becomes the building stone of the tragic love triggered by the mistaken sight of Franceska by Ahmed for that of Hanzade.

A man for all seasons, Moruk Pasha manages to keep himself in the close vicinity of three Ottoman sultans. While he stands by Young Osman (Genç Osman) when he ascends the throne, he takes the side of Mustafa the Lunatic (Deli Mustafa) and Valide Sultan as Young Osman is dethroned, then becomes one of the “most trusted” persons of Kosem Sultan in no time. He introduces the Chief Physician, to the Ottoman palace and then saves his neck with the “certificate of lunatic” issued for Mustafa. He is unashamed to threaten Chief Physician’s to marry his 11 years old granddaughter.

Eventually, Hanzade succumbs to Moruk Pasha and accepts to marry him, burying Ahmed deep inside her heart. However, Moruk Pasha’s happiness does not last long as Ahmed abducts Hanzade from the palace. Pasha swears to make Hezarfen and Hande’s lives a hell 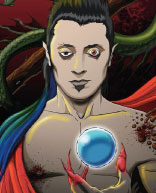 Hasan is the best friend of Ahmed. He is as well interested in positive sciences and literally a madly hyperactive scientist. Inspired by Al Jazari’s drawings, Lagary Hasan comes up with inventions beyond his epoch. Devising a mechanism that conveys the water to upper layers by a crankshaft and a driving wheel, finding the Byzantine gold in the depths of the Bosphorus by a submarine made out of a gigantic wine barrel or, approaching the enemy ships unobserved beneath the water and exploding them unexpectedly are just a few of his aspirations.

Actually, this “from-barrel-to-submarine” contrivance plays the leading role when Ahmed abducts Hanzade from the palace.

Nevertheless, Hasan is not aware of the fact that he is head over heels in love with his best friend’s sister Akasya. Although Hasan and Akasya realize that they are in love with each other, they cannot bring themselves to explain it to Ahmed, but keep their love to themselves.

Akasya is the dearest sister of Hezarfen Ahmed Chalabi. She keeps the home fires burning when their parents die of plague. The scuffles with Hasan who is the best friend of his brother since their childhood, paves the way to an untold love.

Franceska is the daughter of Venizetti, Merchant of Venice. Prior to his post, Venizetti works for many years as a captain on a commercial vessel plying between Istanbul and Venice. Venizetti is always taking his only child Franceska along with him wherever he goes and is teaching her the navigation, astrology and cartography. Franceska meets Hanzade when they are just kids travelling from Istanbul to Venice. Sent to exile aboard a galleon to Venice, Hanzade cries on the hand for her childhood love and, and on the other hand for her broken leg.

As Franceska shares Hanzade’s grief and pain, they become very close to each other like sisters. After 10 years in exile, the state grants pardon to the palace physician and the two sisters come back together in Istanbul. Franceska strives to help Hanzade come over her anxiousness that Ahmed will not love her anymore because of her lameness. Franceska even dares to write letters to Ahmed on behalf of Hanzade. What Franceska does in good faith becomes the building stone of the tragic love ignited upon Ahmed mistaking Franceska for Hanzade. 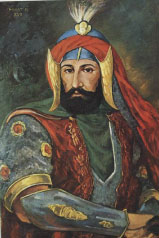 Murad is the Sultan of the Ottoman Empire and the scariest tyrant of his era. He rises up under the suppression of his greedy and dominant Queen Mother Kösem Sultan so, he consequently develops a significant Oedipus complex which shapes him even into a more dangerous personality. Famous with his strict prohibitions and executions on the streets of Istanbul provides a thrilling atmosphere all above the city.

Without having any clue about Ahmed’s and Moruk Pasha’s feelings and plans on Hanzade, he also has a crush on her, which drives the story into a harder development. 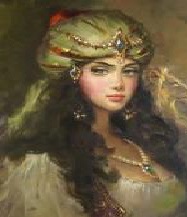 Kösem becomes the most favored woman in the harem of the Sultan Ahmed I at the age of 15. After then, she influences the sultan with her acumen and dominates the whole palace. Having influence on the sultan, she eliminates any possibility of her sons not becoming the sultan. Consequently, although his husband, Sultan Ahmed dies, Kösem Sultan reigns with her son Murad IV. Foreseeing that his son will one day challenge her, Kösem Sultan manages to amuse him with the concubines although none of them can become very close to Murad. Murad never gets to fall in love as Kösem Sultan stands in between whenever he looks like captivated by. Kösem Sultan allows only those whom she can control to approach Murad. 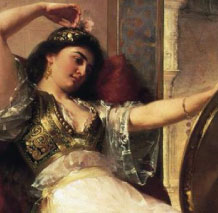 Almost the only one captivating Murad IV among all his concubines. She is a distant relative to Kösem Sultan and brought to the palace especially by her. Kösem Sultan jockeys for everything to get her in Murad’s arms… 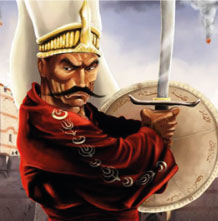 WINGS OF ISTANBUL SCRIPT
Did you find apk for android? You can find new Free Android Games and apps.